Custody of Pets in divorce: Few assets are as tough to split during a divorce than the custody of pets. Most likely, both people in the marriage will have developed an emotional attachment to their pets, so how do you decide which home they will go to? There are a few things to consider in deciding who gets to keep the pets.

Pets become an important part of our lives. In the absence of a family, they can fill the role of children in a marriage. This is why it can be so hard to decide where a pet will end up after a divorce. Sometimes emotions can also get in the way of deciding what’s best for your pet; perhaps one party wants to “win” or feels that the pet will help to console him/her during the hard time after a divorce. A good rule of thumb is to try to determine what would be in the best interest of the pet, rather than deciding based on who has the stronger of wills in the battle for custody.

It’s necessary to be honest about whether one of the people involved has more of an attachment or a caring relationship with the pet. If one partner clearly spent more time caring for and paying attention to the pet, or invested more money and time in the pet, it may be time to do the bigger thing and let the other person take custody. This can be a tough thing to admit, but it’s likely the solution that causes the least amount of pain for everyone involved, and it helps ensure that the pet goes to the best home possible.

Unlike with child custody, joint custody of pets may be a good idea, since it’s not too detrimental to a pet to be moved around. Most pets are able to adapt easily to new environments, and some animals, such as dogs, truly enjoy a frequent change of scenery. If the partners will continue to live a short distance from one another, this is a good option to consider.

Custody of Pets in divorce can be a painful choice 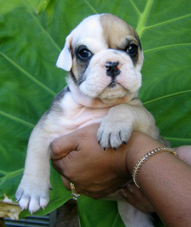 Custody of Pets in divorce
Who Gets the Pets in a Divorce?

Deciding who gets custody of the pets after a divorce is a challenging and painful choice to make. The only thing to do is to try to set aside emotions and to make the most logical choice possible for the welfare of the pet. Losing custody of a pet doesn’t have to mean goodbye; it may be a good idea to schedule some visits with the pet, so that both of the owners can remain involved with the pet throughout its life.

• What are the residency requirements for divorce in California?

• Recommended ways to get custody of children

• Finding a family law firm and how can they help me?

• Contempt of court action for not paying your child support orders

• How can Parental Rights be terminated in California?

• Who Can File for a Domestic Violence Restraining Order?

Truly remarkable Lawyer....Where do I even begin.... ... assigned to my children as minors counsel in our highly conflicted case. Her professionalism, honesty, & unbiased opinion ... My children felt safe, protected, & happy whenever they spoke with her too, which was most important to me as a Father. Joe